Currently based out of Middlesbrough, UK – Zero Gradients work develops from a passion for exploring and experimenting with art and its materials.

“Riding the metro into town (Newcastle Upon Tyne) I would pass bridges and abandoned train carts that would be covered in a variety of graffiti tags. You would only catch a glimpse of them while flying past on this semi-reliable train service; But I had all the locations memorised so I could always check them out. It was here where my first interest in graffiti and street art started to develop.”

He first started to dabble in the art form during his late teens, sketching in his school books and using cheap car spray paint with what ever standard cap came with it.

“I had no idea what I was doing or how to do it, no Youtube videos to watch and learn from, just a desire to give it a go.”

He has always been interested in spray paint as a medium for producing images, combining it with traditional techniques and methods, as well as learning and developing new ways to use it.

Over the years he has painted walls, shipping containers, football stadiums, skate parks, back gardens, shop shutters, schools and gymnasiums.

As well as painting, Zero Gradient is also a sound and installation artist, something which he developed while completing his Masters degree in Fine Art. He likes to experiment and build new and interesting methods for producing sounds, most noticeably his converted copper boiler (or the ‘toothpaste’).

“I believe to create you must first destroy. Whether that is physically or digitally, through disruption or defragmentation, or via the re-imagination of memory and reality; my work always begins from a viewpoint of disrupting the norm to allow me to develop something new.” 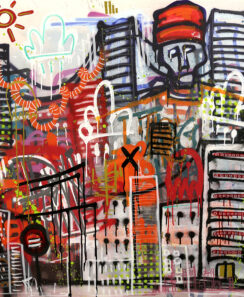 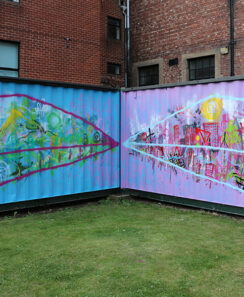 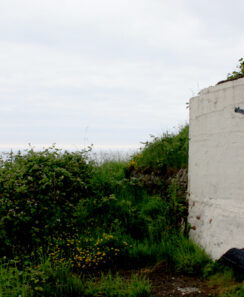 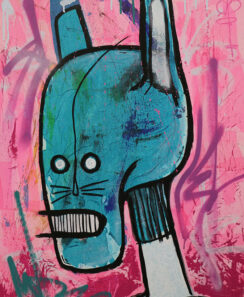